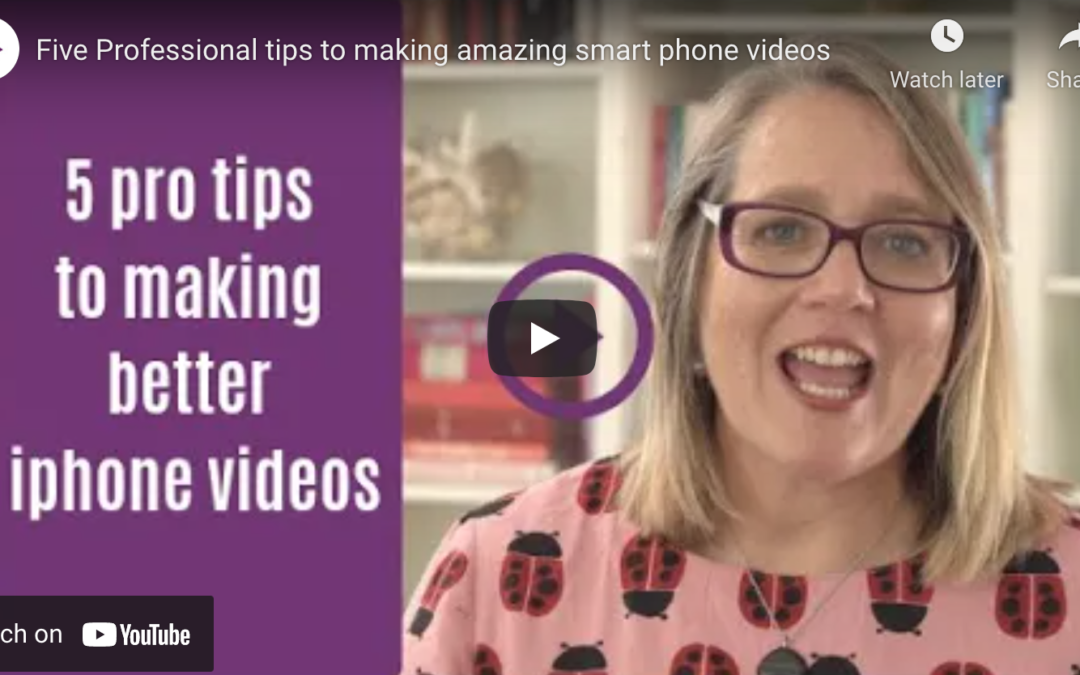 And they’re particularly effective on social media where their lifecycle is limited.  You just need to know how to do it and do it well. So here are our pro tips to shooting like a pro.

Nothing says amateur more than a wobbly video. Anything from a simple selfie stick to a gimbal will give your video a more polished looks.

Avoid hand-held shakes by keeping your camera still.  You can get budget or pro tripods for this kind of thing, but a pile of books or even blue-tac will do the job just as well.

If they can’t hear what you’re saying, they won’t stick around.

Smart phone mics have their limits and you’ll have to get pretty close to be heard, about a metre.  You might want to consider investing in a plug in directional mic or a lapel mic to make yourself heard.

When you’re ready to record, chose a location that is as quiet as possible and try to avoid noises like flight paths, construction sites or heavy traffic.  Or if you’re indoors the low hum of appliances like air conditioning or fridges.

Switch off your phone and you’re ready to record.

If there’s a sudden noise or bang when you’re recording have the confidence to stop and start again. It’ll be worth it.

If the subject of your video is a person,  yourself or someone else, then the audience really need to be able to see them clearly.

Natural light sources are your friend.

Outside sun light can be really harsh on skin tones so look for a shady spot or if you’re inside turn the subject of your video towards the natural source of light, such as a window.

And if you’re going to be recording video regularly you might want to up the ante and consider investing in a soft light kit. Something as simple as a light-up phone case can really make quite a difference

When it comes to framing it’s really important to strike a balance , not too close and not too wide. If you’re filming a single person in vision put their head and shoulder sin frame and if two people widen the frame so you have comfortably got both in vision.

When it comes to background, make it relevant to what you’re talking about or your business. Make it visual too but without it being too distracting.

So there you have it, my pro tips to better smart phone video. Stop making excuses and start shooting like a pro.    Or if you want some hand holding, we run a huge array of videography training and video making courses.

For more tips to filming on your smartphone, check out some free resources to help you on your way.